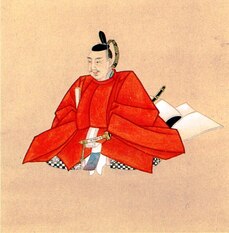 Furuta Oribe, warlord, tea master
Mail us and get a personally guided tour any time you like
Your time zone information here

Video shot at our last meeting in september

We do one-on-one guided tours for anyone interested. Here is an example where Hans (in Tajimi, Japan) guides Velen (in Taichu, Taiwan). In this clip you can get an idea of how it works and what you can expect, but there is much more in there and any topic is fine!

Join from your home on flat screen PC or in VR (recommended). No cost, travel time, jet lag, or virus exposure involved! Just contact us by mail and we will meet you anytime you like :) You will need the free program Rec Room for iOS, Oculus, Steam or PS4 and an account on Rec net.

NOTE: This video is subtitled in English. Be sure to turn on subtitles (cc icon to the right at the bottom of the screen) to catch all of the conversation.
Register here
Your time zone information here

your host in Rec room:
HasseInJapan

how do i join?

To participate in our private event space, follow these steps: 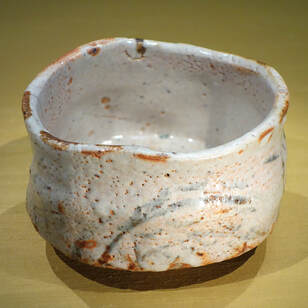 In this VR experience, you will climb to a tearoom floating in space. There you will shapeshift to a medieval samurai and receive instructions from a tea master, hosting the experience. The concept of the experience is a free visualization of what the samurai and tea master Furuta Oribe may have seen in a dream. Furuta, born in the Mino province where our city, Tajimi, is located, set off on a revolutionary departure from the regular shapes of Chinese pottery. We will meet you in a fantasy world for a tea ceremony where anything can happen. There is warrior like play as well. In our archery room we will try out bow and arrow samurai style and tameshigiri (Sword testing). 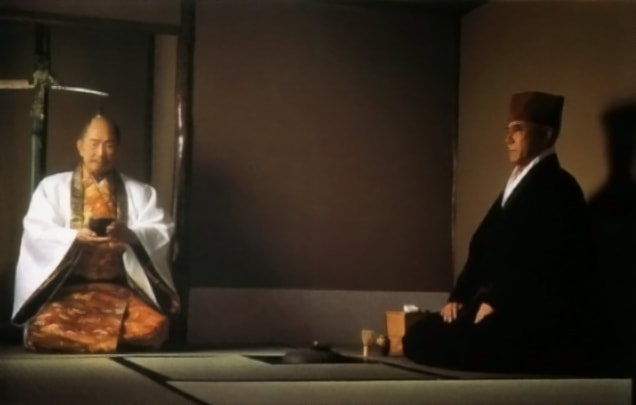 Our tearoom design is inspired by a room once used by Sen no Rikyo (to the right in the film scene), the most famous tea master in Japan. 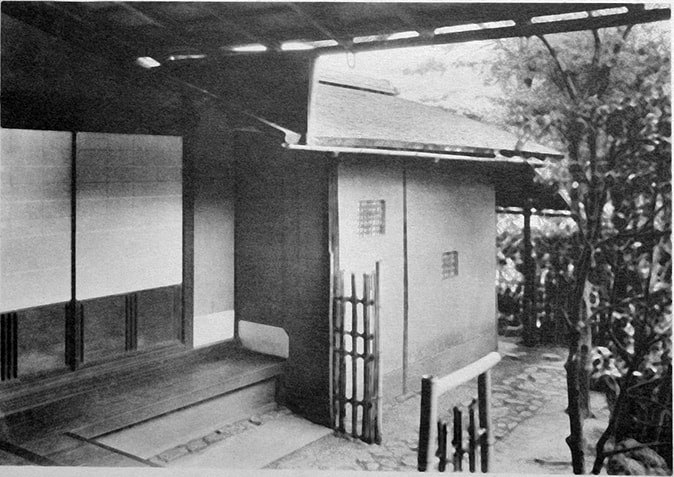 Our virtual tea house is inspired by one once used by Sen no Rikyu. 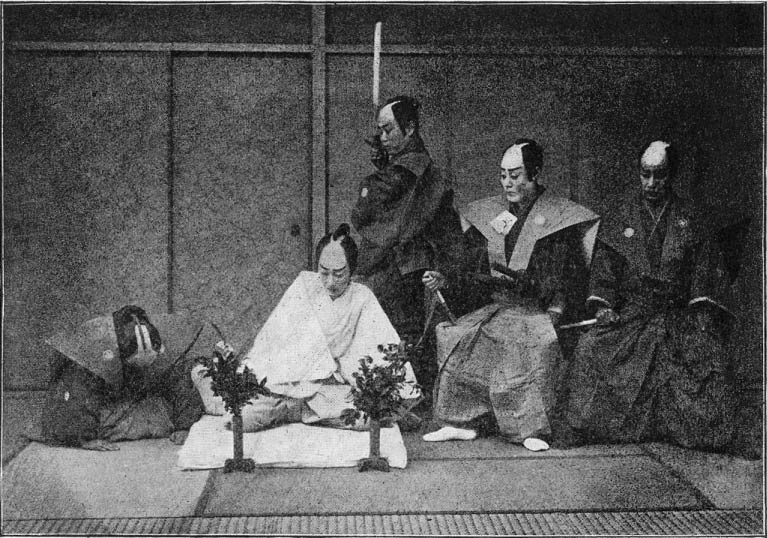 Suspected of political intrigue, the tea master was forced to commit suicide.

The fight for unification

The tea master's first patron was Oda Nobunaga, a great warrior who took his own life under attack in a burning temple. His powerful successor Hideyoshi Toyotomi had the tea master executed for conspiracy. Like the eye of a typhoon, the tea rooms were a space to build alliances in a time of war and chaos.  And yet danger lingered even here. 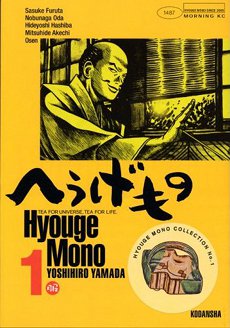 The samurai lord Furuta Oribe is at the centre of our experience. He broke free from the shackles of tradition, but he too lost his life by execution like his master. 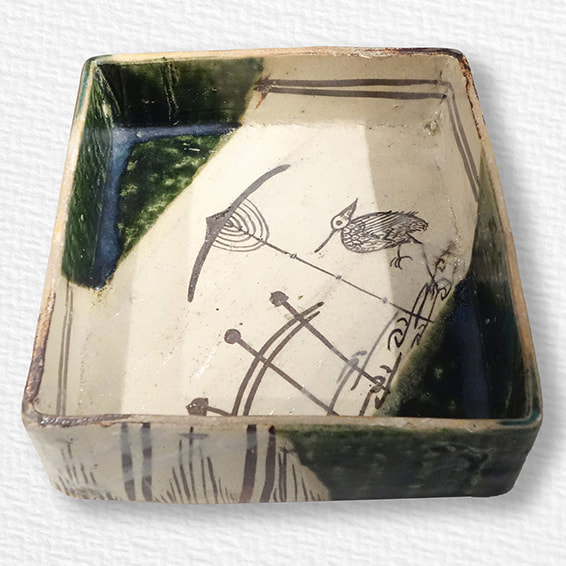 Oribe brought asymmetry into the Japanese aesthetic ideal, breaking away from Chinese tradition. 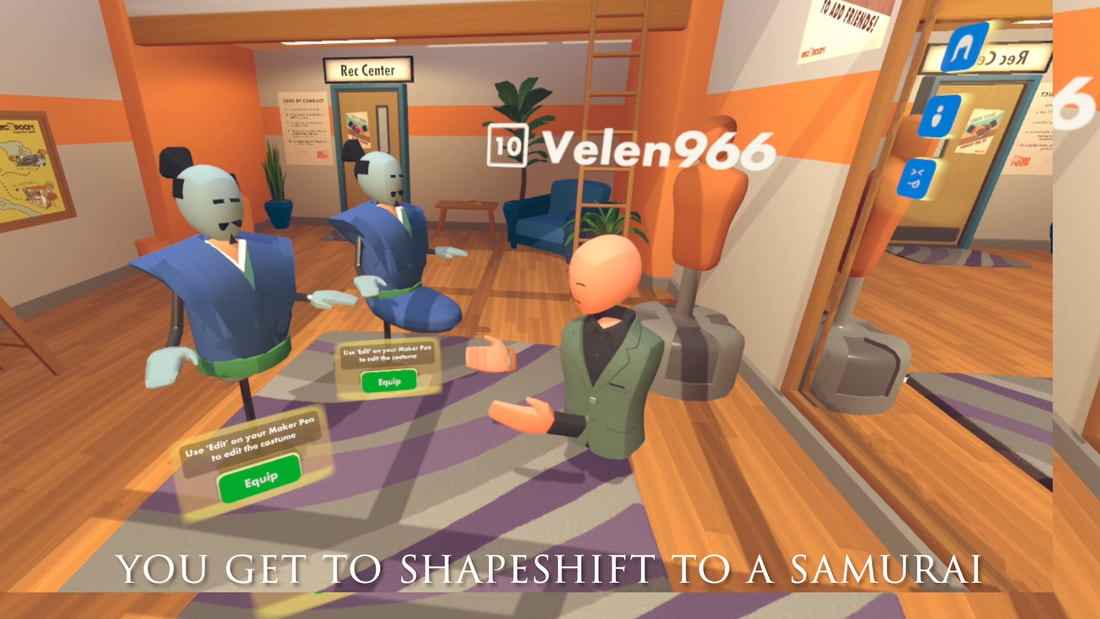 Velen from Taiwan about to shape-shift to a samurai
The refinement of the tea ceremony. Human destinies. Violence. Destruction. Creation. We have tried to bring it all together in a Rec Room VR experience. Contact us, and we will meet you for a guided experience of this surreal vision of medieval samurai's dream: "The Dream of Oribe Furuta."
Learn more 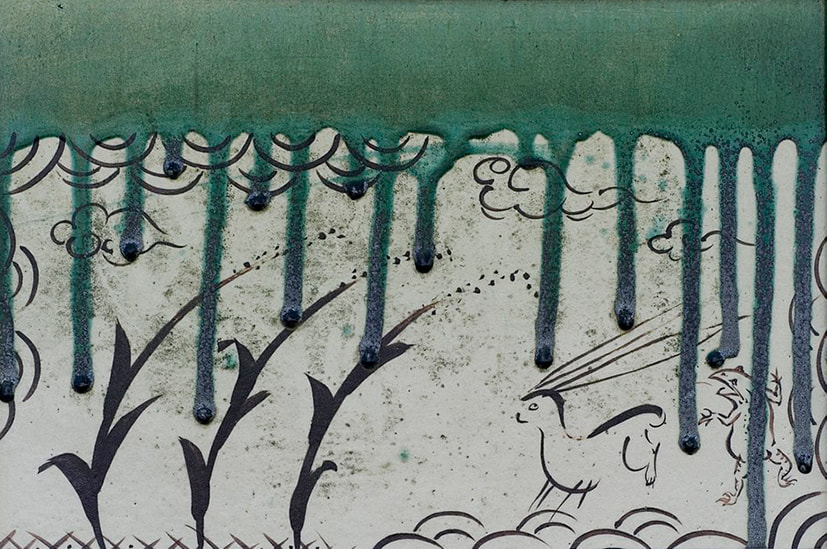