Learn Japan's funniest dialect by playing cards!
The Tono dialect karuta (card game) can be enjoyed at many levels. Here a beginner Japanese student does quite well by recognizing the first sound in the sentence and finding the corresponding hiragana character on the card.
The Card Game 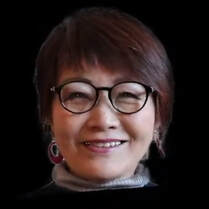 Fumi-chan has gathered quite a following on YouTube. Here she is again, teaching you how to pronounce Tono-ben sentences.

The Tono-ben (Tono dialect) card game is essentially about reaction time. The cards come in two variants, one with a sentence that is read by one of the players (the oya or leader), and a corresponding card with an illustration of the same sentence. The illustrated cards are spread out on the floor. When the sentence is read out loud, you have to find the illustration on the floor that corresponds to the sentence, and snatch it before anybody else does. The player who collects the most cards has won.
​
Since the sentences are written in Tono-ben, which is hard to understand for other than the locals, and even younger locals may have a hard time getting the meaning, the challenge is to figure out the meaning before anybody else does. But there is also a hint. Each card carries the first hiragana character in the sentence. If you can catch the first sound in a sentence you can scan the cards on the floor to quickly find those with same character. This makes it possible for children or beginner Japanese learners to compete in the game.
​
Each text card also has the same sentence written in standard Japanese on it, so any Japanese speaker can be the oya. By playing the game people can learn how to use Tono-ben. Even a foreigner with only rudimentary knowledge of Japanese can take part, as long as he or she can read hiragana. I have collected four sentences here below that is fun to know. For example, if you want to poke a bit of fun at a snobbish Tokyoite, one of these sentences will be handy. Just find an opportunity to use it and see how he or she reacts. If you come to Tajimi and use these sentences you will be an instant success, as people appreciate you going to the trouble to learn there dialect.
​
As usual Fumi-chan is our instructor in this article. If you haven't seen her videos before, go here. They are the most popular on this site (and on YouTube)!
This is a sentence that will be useful if you for example go to a pub in Tajimi. Just say it to someone and they will be utterly surprised - and happily so.

This is a particularly tricky one, because the word order is odd. It starts with "Nou naru to", which corresponds to "Nakunaru to" in standard Japanese: “If it disappears”. Next comes a Tono-ben word: taruu (lonely, desolate). After that we have tsukaomaa, which is tsukau (use) used with the -o inflection to give it the meaning of "let's use". In stardard Japanese you would say tsukaoo, but Tono-ben loves the maa inflection. For instance, shall we do it would be yaru (do) maa ka? Here tsuaoo gets a maa in the end so we get tsukaomaa. If you listen carefully Fumi-chan adds a ka as well, which serves as a question mark: tsukaoo maa ka. And last we have Tajimi-ben (Tajimi dialect). That's the subject of the sentence but it comes last, which is quite common in Japanese. "

This one can be useful if you want to express just how far away your country is from Japan. You could bring the conversation to a point where you can fire off the sentence, whether you are speaking Japanese or English. A question that is virtually sure to come when you meet a Japanese person is "where do you come from?" You can then reply something like: "It's a country very far from here. It takes a long time to travel there..." And here you fire off the sentence. You'll cause total surprise, confusion, or both.

The sentence starts with "Taa mo naa". Tono-ben speakers really love their long aa sounds. In standard Japanese this would be tondemo nai. This is an expression that means "unthinkable", "unexpected", "outrageous", or "offensive". It has a negative connotation, and you can use it as a standalone expression. It's used when you strongly denied what someone said to you. If you for example are asked: "Can I borrow your car?", you can simply reply: "Taa mo naa" - absolutely not (with the connotation that it is an outrageous request). Another example: "Without you we wouldn't get any serious work done", and you reply "Taa mo naa" - absolutely not! (with the connotation that you praise me so highly that it is outrageous. I am really quite useless and not worthy of your praise).

Next we have "tooku toko e". This bit is not so far from standard Japanese: tooi tokoro e (to a place far away). In toono-ben you always avoid the "i", like here in tooi. Here it is turned into tookuu. Abbreviations are also common. Here "tokoro" is abbreviated to "toko". The rest, the little "e", meaning "to" in English, is the same.

Last we have yet another abbreviation, where two words are melded into one: "ikanakereba naranai", standard Japanese for (not go), which is shortened to "ikan", and "naranai" (to not become). This is shortened to "naran". It won't do to not go, in other words, you must go. "Ikanaran" in other words means "you must go". So the full meaning can be translated to: "If you don't go an outrageously (or incredibly) long distance it won't do (you won't arrive there). In plain English: You have to go incredibly far to get there.

This one you make use for a joke, just to surprise your Japanese conversation partner. You could just make up a story: "Oh, I'm so sleepy" (some good acting needed here). Then just fire off the sentence and watch your friend's jaw drop!

We start with the negated form of the verb for sleeping (neru), which is nenai. In tono-ben this is "neko nashi" in this example. The next one is a machine-gun staccato - pretty impressive, like this: shaberi karakaatte. In standard Japanese this is shaberu (chat) and makuru (a lot). The ri and the te are connectors, so "shaberi-maku-tte" to get one compound word with the connotation of a continuing situation (the so-called te-form). We were chatting is expressed by iru (are) in past tense (ita), to get shaberimakutte ita - we were chatting a long time. Then comes "kara" (because), but the tono-ben version skips this all together as you can see. Last we have the standard Japanese for sleepy (nemutai). The tono-ben here is "nebutaa" (remember they really don't like i!). Last, to stress how tired you are you add a "wa" (usually "yo" in standard Japanese).

Here is another one you might find hard to fit into a conversation (unless it's a hot day). There are many times it's hot, however, even in the winter. Say you are in a crowded room, like a pub or bar. Then you can pretend to wipe the sweat from your brow and shoot.

The first part in standard Japanese is "atsui desu ne", which is straight forward: hot, it is, isn't it? in literal translation. Japanese is a bit like Yoda-speech. The tono-ben equivalent is: "attsuu noo". A bit more compact and as usual the "i" at the end of adjectives is dropped. Next we have the word tarai, which is a round water basin, like the one in the illustration. It adds a bit of humor to use this word, as these days most people don't bath in a wooden bath tub. Gyouzui in the standard Japanese and tono-ben are very simular, it's just that the i is dropped again. Instead the tono-ben extends the u at the end of the noun (a noun for taking a bath). Last we have shimashou ka in standard Japanese. You may know that adding an -oo at the end of verbs give them the meaning of let's do so and so, or shall we do so and so. The tono-ben version, shiomaa ka, is one of those sounds that give the dialect a really crude, countryside kind of feeling. It feels really good to shoot a loong aa like this at a snob from Tokyo or Kyoto!

where to buy the card game

These four cards are part of a kit containing cards. The pronunciation for each card is available for download on the web. The game is sold by Hiraku Bookshop in Tajimi, Gifu Prefecture, Japan. Please contact us and we will help you place an order.
Contact us to order 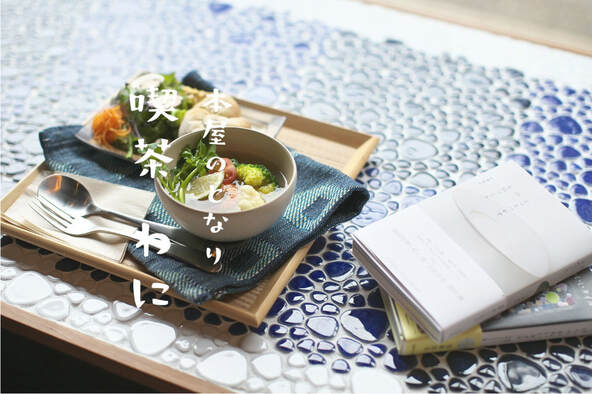 Hiraku Bookshop is a combined bookshop/cafe/event space with a fresh and relaxing interior. We recommend you drop in if you plan to visit Tajimi. You can browse any book in the cafe before buying, perhaps while sipping a glass of whine.