blessings in a CALAMITOUS year 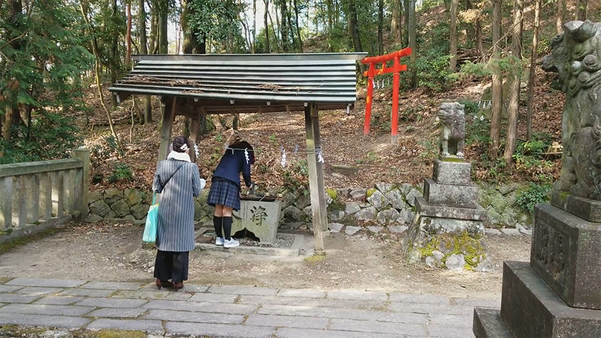 A young resident arrives to participate in the mysterious Shinto ceremony.

Ignorance is not always bliss

By Hans Karlsson
According to the traditional Japanese Zodiac this is going to be a terrible year for me, and next year will be my end. To be honest, I had totally forgotten about this until the other day, when I was called to help at an event at our local Shinto shrine here in Tajimi. Shinto is the native religion in Japan and is largely about our connection to nature and the spirits who dwell there, including our forefathers. Our shrine sits high up on the side of a mountain, embedded in greenery, and normally there is not a soul there except a herd of wild boars that pays an occasional nightly visit.
​ 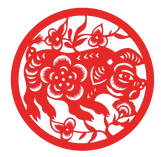 ​We villagers gather regularly to sweep the grounds clean from fallen leaves, and that was basically what I expected this time as well, but I was in for a big surprise. It was a freezing cold day. I was the first to arrive at the village chief's house, which I was rather pleased about. If you don't arrive at least ten minutes before a meeting around here people tend to view you as rather loose about time.
​
​In a little while, three more men had arrived and we started to climb the long, steep stairs up the mountain. When we arrived to the holy place, huffing and puffing from the steep climb, there was no cleaning going on. Instead, the entrance to the small, wooden shrine had been opened, revealing a small hall inside. This was a first for me. What was going on here? Obviously some sort of ceremony was going to take place in here. I felt rather embarrassed by ignorance and decided to hold back my questions to avoid making a fool out of myself. Everyone seemed to expect that I knew what was happening. 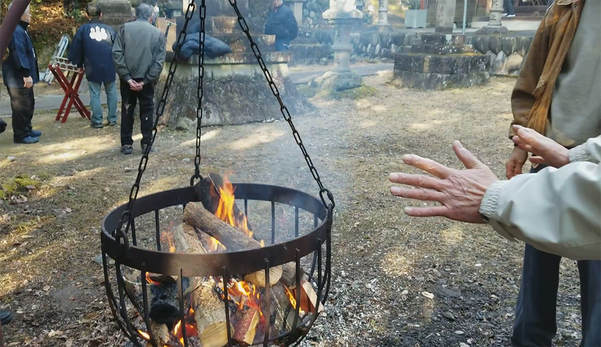 A fire was started and we gathered around it, enjoying the warmth reaching in to our cold limbs. The ground was full of holes they had dug in their hunt for worms and other underground dwellers, such as the jinenjo potatoe (read more about this delicacy here). I wondered off for a while into a fantasy about the oinking animals busily turning the earth, hunting for goodies in the dark. Most likely this place had also seen tanuki (Japanese racoons) and a fox or two, both who appear in the folklore as beings with supernatural powers.

After a while we entered the small hall inside the shrine and began ​preparations - I still had no idea for what - by bringing out tatami mats and putting them in rows on the floor. Next, we brought out small, wooden collapsible chairs from a big box at the back of the room and lined them up facing the mats, so that one could place ones feet on the tatami mat when seated on a chair. Who was coming? Someone important? I was getting seriously curious at this point but kept quite to avoid letting everybody realise I had had no idea what we were preparing for.

All of a sudden there was music outside, and when I looked out two drummers had arrived, and there was a speaker filling the air with the sound of bamboo flutes, of the kind you hear at festivals. What seemed like guests started to arrive. "How many are coming?" I asked one of the other men in our little support crew. "There will be thirteen people sitting on this side," he replied, pulling out another collapsible chair from the large box, "and another thirteen on the other side." The man chattered exitedly as he hurried about the hall, busily putting it in order for whatever was about to happen. 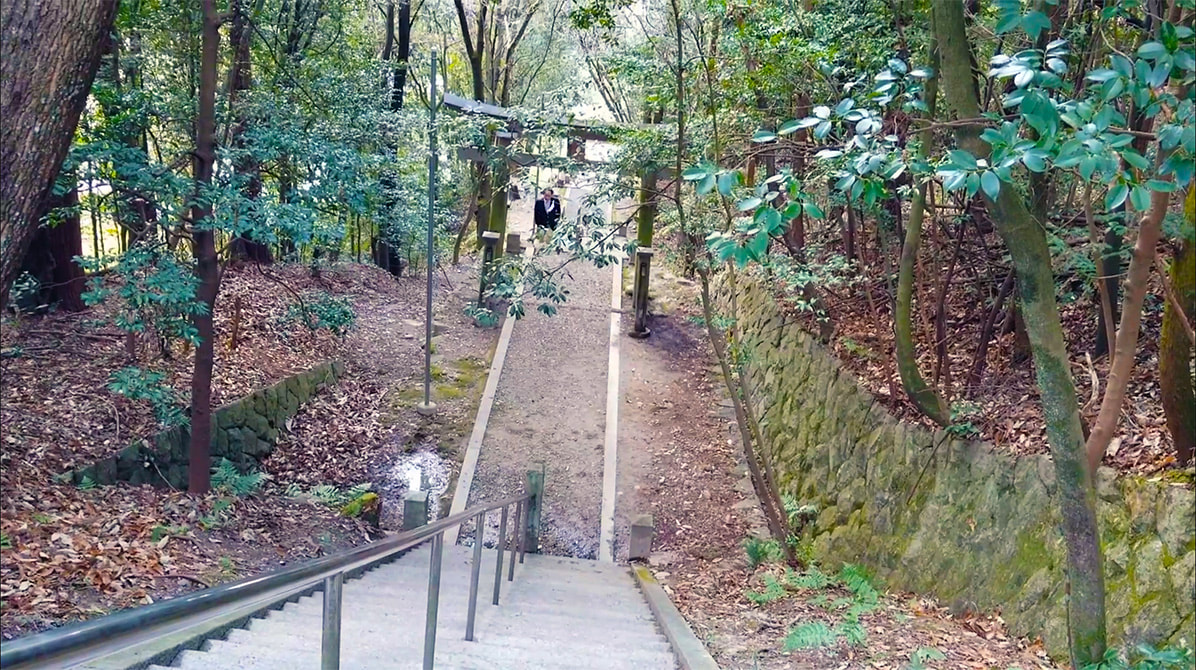 One of the first participants arrive to the mysterious ceremony.
​The floor was ice cold, and the slippers that was lent to me (of course I had not brought my own, which I was supposed to have, apparently) were so small that only half my feet fit inside. The souls of my feet hurt where the edge of slipper underneath dug into them. Now various food items were brought out, and sake - Japanese rice wine.

​"Here, this needs to be placed on the highest shelf of the altar" my talkative friend told me and put two large horse radishes in my hands. He pointed to an exit on the side of the hall, and as I entered with my vegetables I discovered a narrow hallway. At the back of the hallway there was a miniature shrine with shelves in front of it. "That must be the dwelling place for the deity here," I thought, as I climbed the stairs and tried to place the horse radishes on the top shelf in a position as elegant and spiritually correct as I could. A small, old man wearing a huge down jacket and carrying a big fish almost bumped into me as I hurried back for more decorations. 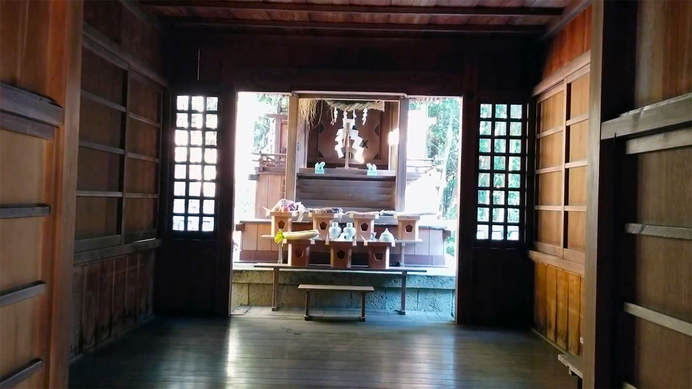 The home of our local deity
​People who claim to have mystic insights will often persist in enlightening you about your true self, what your future will be like, how you can avoid misfortune and be successful among other things. I must admit that I am skeptic about such supernatural powers, which is one reason I enjoy life in Japan so much. The Japanese, from the perspective of a hard core religious fundamentalist, has a messy world view. Their spiritual tradition is a rather confusing but interesting mix of a variety of religions, philosophies, superstition and folk lore. I rather like this attitude, as nobody tries to impose a dogma on you, and it was certainly evident this day at the shrine.

​Here I was, an ignorant foreigner with little idea about the god (goddess?) in that little miniature shrine, and even less understanding of the proper protocol to follow in the  preparations for whatever ceremony was going to take place. Nobody seemed to care. It would turn out to be an event with quite a happy ending for me, which I will tell you about in the second instalment of this article. By the time I am finished, you will also understand why this is supposed to be such a lousy year for me, and if you are going to be better off or not.

At least if you don't mind contemplating what the wisdom of the East may have to tell you.
Read Part 2
Back to story index